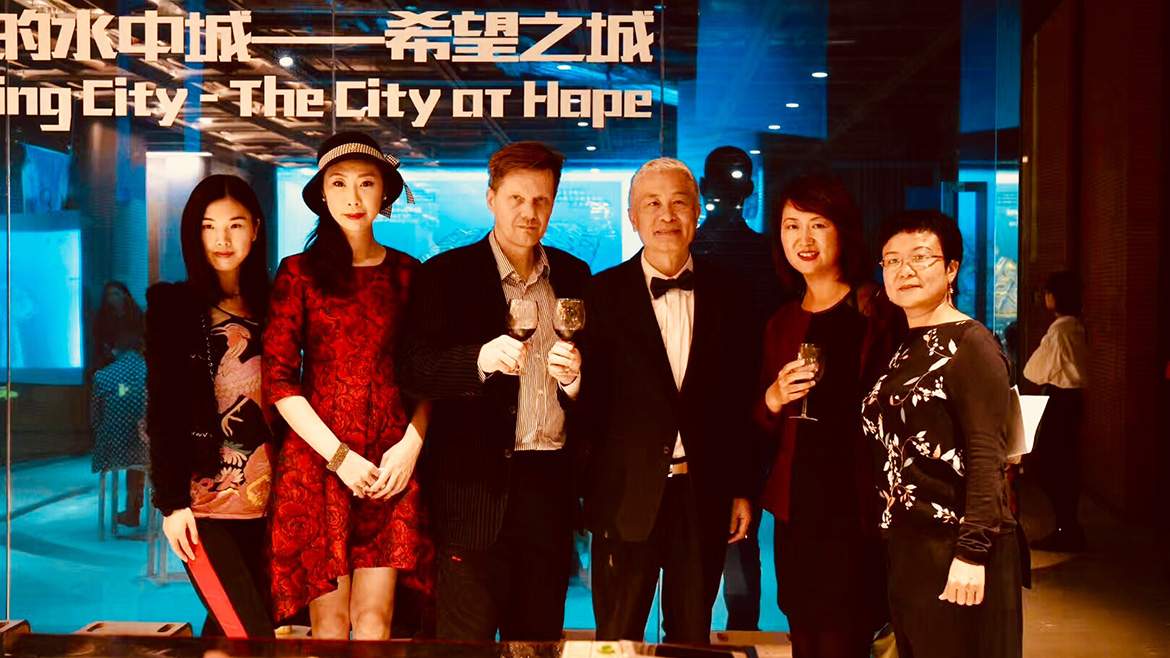 On January 20, 2018, the “Floating City of Water-City of Hope” exhibition officially opened at the Skyland in Shenzhen.

The “Floating City of Water-City of Hope” exhibition is a peripheral exhibition project of the Shenzhen-Hong Kong Bi-city Biennale of Urbanism / Architecture. It is sponsored by ATDESIGNOFFICE LTD. Design was aimed for more possibilities for world problem solving. Facing a series of problems in the world in recent years, such as environmental pollution, large-scale urban development, the gap between the rich and the poor, and the refugee problem, the “water city” tries to provide effective and feasible ways to solve this series of problems.

The opening ceremony of the exhibition attracted the attention of people from all walks of life, and everyone discussed the development direction of the city in the future. The head of the Water City project is also the curator of the exhibition, Tony, who gave an opening speech, describing the creative experience of the Water City project and expressing his views on urban design. As a future city with an area of 10 square kilometers, the design of the water city from public space to residential space planning to the surrounding areas of the city will consider adaptive measures for environmental changes, with high density, mixed use, high efficiency, and intelligent design.

Since 2013, it has been reported by more than 80 media in more than 30 countries in the world, including the famous DAILYMAIL (New York Daily Telegraph), NEW YORK DAILY NEWS (New York Daily), TELEGRAPH (British Telegraph) and other leading European and American media. The Daily Mail commented: “This is an incredible design. If this bold and innovative project becomes a reality in the future, Atlantis will no longer be the only sea city in the world.” Living in the ocean is no longer just a human dream, but what is happening around you!